Exactly one year ago, I was here: 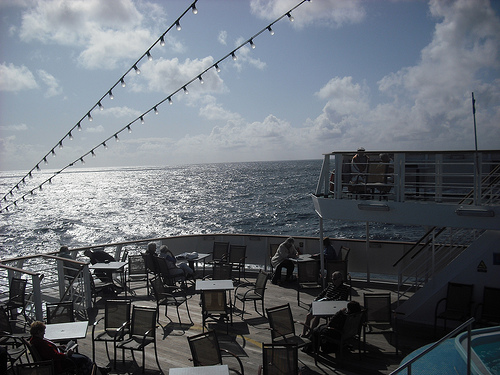 I know this because today is my birthday. I turned 33 on the high seas, and I am turning 34 a day after arriving back from a completely gorgeous trip to Ontario, spent with family old and new as well as some good books and better friends. Due to a lack of planning, the photos are lurking somewhere in my dad’s luggage, but they will make an appearance here and elsewhere soon.

Anyway, it turns out going on holiday around my birthday is a good thing to do, partly because it’s a treat and partly because when people ask me what I’m doing for my birthday I can say “going to Canada”, and thus be relieved of the obligation to hold any kind of a party. I like parties, but I like them best when they’re someone else’s.

The only downside of being away at this time of year is that I miss the start of the football season (do you see how carefully I chose the title of this post?). We started off in fine form with wins against Leicester City in the league and Yeovil in the Cup, then folllowed up with consecutive losses to Barnsley and Ipswich. We usually draw the opening game of the season, but is otherwise a fairly traditional start for us. However, I was cheered by the news (texted to me while I was away, its importance clearly warranting the cost of an international SMS) that Edgar Davids has signed to the club on a pay-per-play basis. That can only be fun.

Anyway, it’s about time for me to go back to bed so that I can shortly be brought breakfast in it. I used to dislike having a birthday at this time of year, because the season is just starting to turn, so my birthday always felt like the end of something. But in recent years I’ve come to realise that the end of summer is also the start of autumn, and autumn has a loveliness of its own. So I’ll take pleasure in today’s grey drizzle and look forward to the leaves changing colour. After all, when that happens, it means it’s nearly Christmas.