I am going on holiday tomorrow. To here: 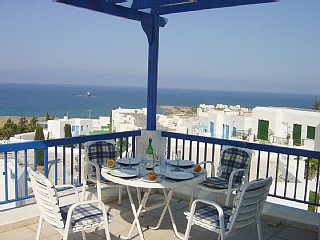 Last night, I dreamed that it was tomorrow morning, and I’d forgotten to print the boarding passes before leaving work. Then I realised, in my dream, that we were flying from King’s Cross, which meant we could print everything at the beloved’s nearby workplace, so it was all alright. Then the alarm went, and I realised we’re not flying from King’s Cross (I think you have to have special permission to fly anything out of N1) but from Gatwick. Shit, I thought: we won’t be able to print the tickets and now we can’t go on holiday. It took a couple of minutes’ early morning panicking before I realised it was still Monday, so I hadn’t missed my chance after all.

I think I really, really need this holiday.

That aside, this Monday morning was better than most, partly because today is my last day at work for a bit and partly because I had accidentally left the radio on Magic FM, which I’d turned over to on Saturday when I was feeling exuberant and in need of something to sing along to. Being woken up by Islands In The Stream is one hundred times less stressful than having to listen to John Humphrys being unnecessarily aggressive at half past seven in the morning. But if I don’t listen to Today, what will I blog about? One to ponder from that terrace over the next few days.