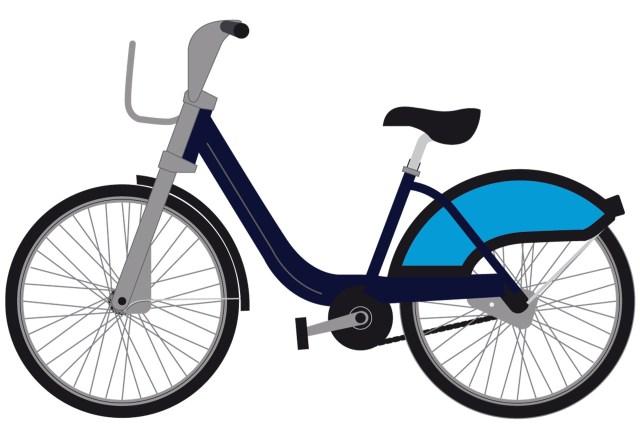 I am rude about cyclists. I’m not rude to them – that would be rude – but when they sail through red lights when I’m at a pedestrian crossing, or cycle into me on the pavement, or ignore the existence of one-way systems, I mutter grumpily after their retreating backs and then retire to the internet to post mean-spirited anti-cyclist jibes.

So I’m as surprised as you are to discover that since starting a job that’s just too far away to walk to on days when I struggle to get out of bed (which is to say, all the days), I have found myself travelling to work by bike. Even more unexpectedly, I’m using Boris bikes, which should really be named after Ken, whose idea they were, and which are ridden not by the arrogant, hands-free, fuck-you cyclist who commits the above sins, but by a breed almost as bad: the wobbly, incompetent part-timer who weaves down the middle of the road and/or pavement, blissfully unaware of distractions like cars, and other people.

As it happens, wobbly and incompetent is an accurate description of my skills in all sorts of areas, and it’s certainly how I’d have described my cycling ability until recently, but an amazing thing has happened: in a very short time, I have become someone who swoops and zooms my way around the back streets of London, gaily clad in a silver helmet and garish neon yellow tabard, attracting the killer glares of white van drivers everywhere I go.

And I’ve realised that some of the dick-moves that cyclists pull aren’t quite the dick-moves they seem. I don’t run red lights, but I do sometimes fail to stop at zebra crossings, because when you are cycling on rush-hour streets you are using all your conscious thinking on staying upright and alive, and so you start to edit out things which aren’t a potential danger, and that sometimes includes people waiting to cross the road. I don’t do it often, and when I do I stop hard if I can, or wail out an apology if I can’t, but it happens.

And when I’m waiting at a junction and the light goes green and someone looks like they want to cross the road, I don’t sit and wait for them to do it, but that’s because those few seconds where you can get away ahead of the cars angrily revving their engines behind you are the safest time to negotiate a busy road, and if you wait the cars start beeping their horns at you, even though they wouldn’t have gotten away any faster, being cars. So you evade the rage by dashing off just as soon as you can.

And those times when you’re crossing the road and a cyclist seems to be trying to hit you? They’re not trying to hit you. They’re trying not to hit you, because you are crossing the road at an unexpected place and you can’t hear them and you didn’t look for them and the reason they’ve swerved around you at speed is because their alternative was to knock you over, which would be about as unpleasant for them as it would for you.

So I have had to grown-up-ly remind myself that I don’t have automatic right of way just by virtue of being me (my journey is more important than anyone else’s, the unconscious thinking goes, so I should automatically get to go first), that people pulling dick-moves might just be trying to stay upright and alive, and that the world turns more smoothly when we all try being a little bit nicer to one another.

I’m still going to mutter grumpily after the retreating backs of cyclists who run red lights, obviously, but now I’ll do it in a self-righteous “you’re giving us all a bad reputation” kind of a way, which might be even more fun.

One thought on “On being a cycling anti-cyclist”