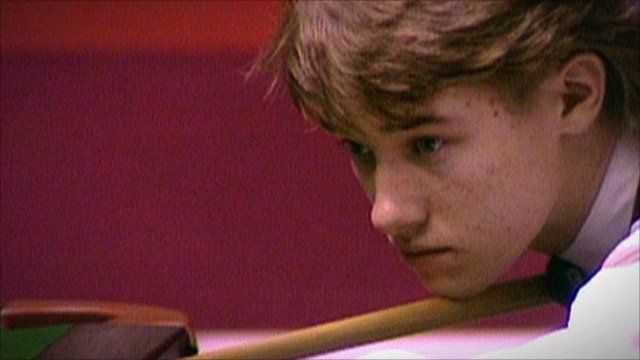 I don’t want to talk about Stephen Hendry like he’s dead, which is what the media seem to mostly be doing. But when somebody brilliant stops doing the thing they’re brilliant at, it’s hard not to get a bit wistful. Last night, after seven world championships, 36 ranking titles and 775 competitive century breaks, Stephen Hendry announced his retirement from snooker following his defeat by Stephen Maguire in the quarter-finals of the world championship in Sheffield. He’d had a brilliant start to the tournament, making a maximum 147 break on the opening day against Stuart Bingham and going on to defeat John Higgins 13-4  in the second round, but it all went a bit to pot (sorry) against Maguire, and Stephen ended up losing 13-2.

It is, of course, Stephen’s right to retire anytime he likes, and I doubt he’ll need to join the dole queue anytime soon. But I am a bit sad that he made the announcement so quickly after losing his last game, because it makes it seem like the two are connected, even though he says not. It also takes something away from Maguire’s victory (“you killed Stephen Hendry, you bastard!”), and casts a shadow over the rest of the tournament, because all of a sudden nobody’s as interested in the players who are still involved.

Every snooker pundit ever likes to remind us that Stephen Hendry is – or now, was – The Best Snooker Player Of All Time™, and although my heart belongs to Ronnie, they are right. (Ronnie, you will recall if you have ever watched any snooker, is The Most Naturally Gifted Player The Game Has Ever Seen™, which is different.) Where Ronnie is fiery and unpredictable, Stephen was always calm and reliable. Ronnie was the best and he knew it: Stephen always came across as humble, even during the nineties when he was comfortably outplaying everyone else in the world.

If Ronnie O’Sullivan had announced his retirement moments after crashing out of a tournament, nobody would be surprised. What am I saying, “if”? He’s done it, plenty of times. I am half-hoping that Stephen doesn’t mean it, the way Ronnie never did, but I know he probably does because you can tell from his snooker as well as from the way he talks that he is a thoughtful and measured person who doesn’t say things he doesn’t mean.

So we probably won’t ever see him making another 147 at the Crucible, but I think in years to come we’ll remember not that he retired mid-tournament, but that he retired barely a week after making his third maximum there and giving snooker lovers everywhere yet another moment to remember. Thank you, Stephen, you really were the best.

One thought on “Stephen Hendry”