In an attempt to honour the third of my new year’s resolutions, which was to find a better form of exercise than Pilates, I have been thinking about going swimming. The last time I went swimming in this country was at Brockwell Lido this summer. The water was deep and icy-cold and I lasted less than a length before it started to feel like a struggle. I think I managed a total of three lengths in about twenty minutes, all the while panicking that I’d give up and drown in the deep end, even though I was never more than a few yards away from a lifeguard, and I was one of only three or four people at the pool.

But water does funny things to me. I can’t watch movie scenes filmed underwater without starting to feel nervous, and the anxiety I start to feel whenever I’m out of my depth is not nearly proportionate to the actual risk, although that must be a commoner reaction than I thought, or we wouldn’t use the term “out of one’s depth” to mean “in trouble”. I’m not a very strong swimmer, but I can float and bob around quite happily for forty-five minutes or so without needing to touch the ground, so it’s a psychological problem rather than a physiological one.

The problem is, most pools – especially serious, unheated outdoor pools like the Brockwell Lido – aren’t really designed to be bobbed and floated in. They’re designed for people who want to swim lengths. Frankly, I never want to swim lengths. I want to do star jumps and dolphin leaps and handstands. But if it’s a choice between swimming lengths and any other form of aerobic exercise, I will happily go for the lengths. I have no desire to lose weight (I feel compelled to say this in the light of my second New Year’s resolution, which was not to be bridezilla: I feel quite strongly that I don’t want to be one of those women who suddenly shoot down to a size eight in the weeks before their weddings, and as it happens this sits very happily with the fact that I have no plans to stop eating and drinking exactly what I want, whenever I want it), but I would like to be fitter and I would like to sleep better, and Pilates only offers small consolation in these departments. I need to do something that makes me tired.

So I think I’m going to sign up for a Swim London pass, which is cheaper than gym membership and covers forty pools across London. It doesn’t include the Lido, which is a shame since Brockwell Park is less than thirty seconds’ walk from home, but it does include Brixton and Crystal Palace, both a brisk walk or bus ride away, as well as the Oasis centre in Covent Garden which is two minutes from my office AND has a heated rooftop pool. I may not be able to bob and float there, but at least I’ll be able to swim a length without my lungs closing up in protest at the cold.

Because the thing is that as well as being afraid of the water, I love it. My two most vivid memories of pure physical pleasure in the last year are of swimming, once here: 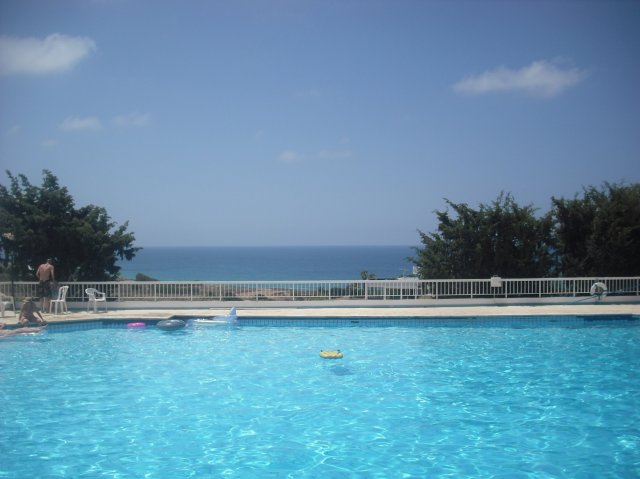 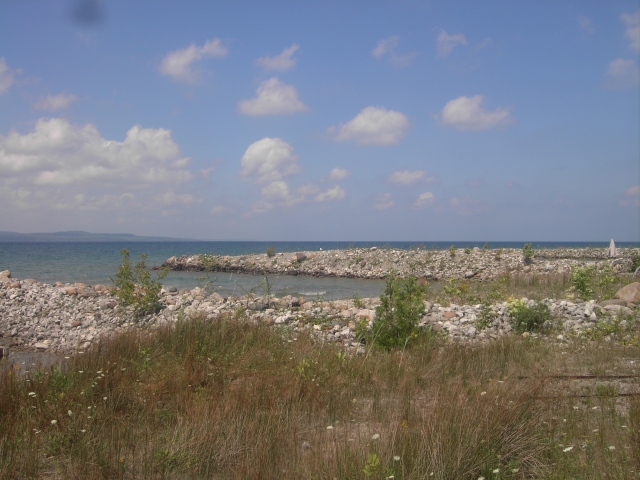 The first is a pool in Cyprus, the second Lake Huron. In Cyprus I swam twice a day, in a pool that was never deeper than I am tall. In Lake Huron I went out of my depth because the water was warm and soft and tasted of minerals and it wasn’t frightening. Actually there is an undertow in the lake, even though there are no tides, and the bottom has sharp rocks along it – a fact that scars on my right hand and knee will attest to. But you see, I wasn’t scared of injuring myself when I injured myself, so I didn’t mind. And when you’re out there bobbing and floating and spinning, with nobody to watch you except a few water birds and the occasional butterfly, there’s nothing in the world like it.

What do you suppose are the chances that swimming at the Oasis sports centre in Covent Garden will be more like Lake Huron and less like Brockwell Lido? Yeah, me too. But I’ll give it a go.