Erratum: none of the below is true.

I took two weeks off between leaving my old job and starting my new one last summer, and in the gap I spent a day as an extra on a film set. The film is now finished, and although it’s not scheduled for release until April, a trailer was published today on the Guardian’s website. IIf you look very closely, you’ll spot me in the background of the bar mitzvah scene. Here is a still with an arrow pointing to the top of my head, in case you can’t find me: 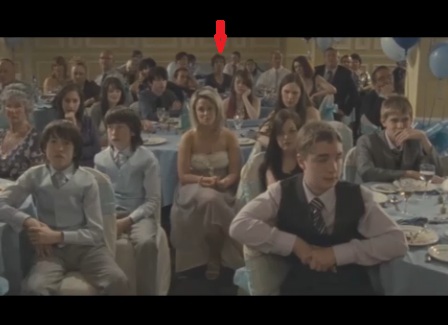 (The film is about a Muslim who discovers that he’s adopted and is really a Jew. It has the potential to be horrible, but my film reviewer friend who’s seen it says that it’s quite good. Also that I am “clearly visible for several minutes”.)