My beloved and I spent three nights at the Victoria Hotel in Holkham, on the north Norfolk coast, last week. It’s a beautiful part of the world and a little like visiting the 1950s. Church doors are left open so the curious passer-by can wander in and have a look around; there’s a red pillar box and an old-fashioned phonebox on every village green – and, best of all, there are free, clean public lavatories which are abundantly possessed of soap and hand towels. It was all so civilised I didn’t know where to look.

They do like to close things for the winter,  but although Holkham Hall itself only opens to visitors during the summer, we were looking forward to exploring the grounds and perhaps meeting a deer or two. A sign told us to turn back barely a  minute up the drive, so we went back to the hotel where the receptionist helpfully rang up the Hall and was told that it was because they were “gassing moles”, which I imagine is the only time that has ever been used as an excuse for anything. I was so charmed I almost didn’t mind missing out on the park.

Slightly more disappointing was our failure to spot any seals on our seal-spotting excursion. We caught brief glimpses of a couple in the sea, but having been told by our ship’s captain (the most authentic Norfolker I have ever met) that there were “usually” six hundred of them sunbathing on the sand, we were hoping for more. I did get some pretty photos of the sea, though: 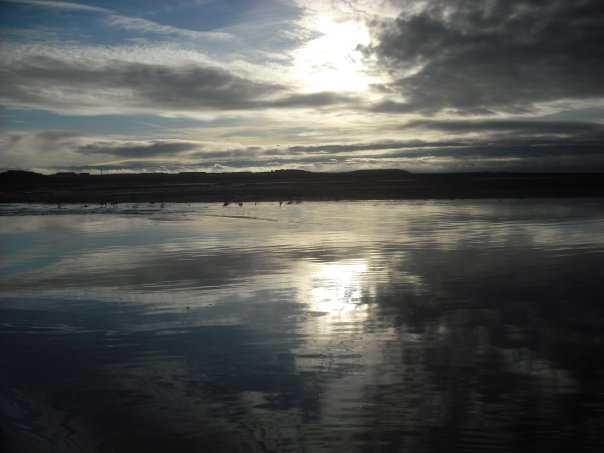 I tried to warm to Norwich, but they need to move the station so that the eager visitor doesn’t have to walk a mile up an unlovely hill lined with takeaways to reach the city centre.  On the other hand, the shop assistant in Waterstone’s was very friendly indeed, so it wasn’t all bad.

I am now trying to plan a career move which would allow me to live in a cottage overlooking the sea.  I’d be happy in any of the towns along that stretch of coast, but I especially liked the look of Salthouse, Stiffkey (pronounced “Stewkey”, and you’ll be glad I warned you next time you visit) and Cley Next The Sea.  If you happen to have property for sale in any of those, do let me know.